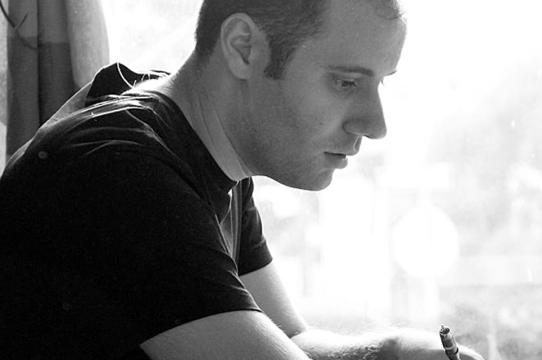 Ryan Page is a composer and video artist who aims to develop a research praxis in tandem with the practice of experimental media art. His work focuses on human interaction with technology, particularly the limitations and biases of communications media and their relationship to human perception. It is interstitial work that draws upon research into psychology, computer science, media theory, and the phenomenology of sound. He is “drawn to the use of the particularities of media technology in art because the various forms of technological mediation impact a much greater portion of an object’s aesthetics than is consciously acknowledged.”

Ryan's Ph.D. emphasis is in media theory, and the history and theory of electronic music; in his time at Santa Cruz, he intends to continue his research involving the creative use of idiosyncratic media technologies in multimedia performance and installation. In particular, he plans to further previous experiments with hacked laserdisc and composition, and to explore ways to aesthetically alter video technology, and then to integrate these discoveries into new works.