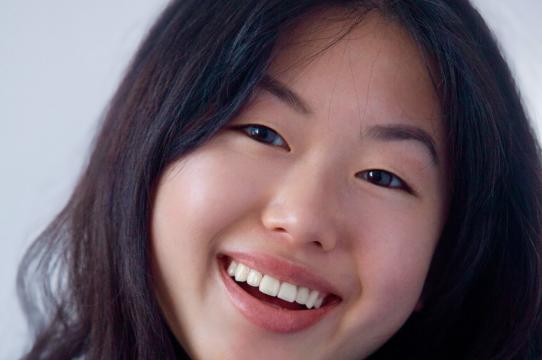 MFA Candidate
Email:
mzgao@ucsc.edu
Biography:
Meloddy Gao (she/her) is a Chinese American filmmaker, multimedia artist, community organizer, and actor. Originally from Indiana, her work is shaped by her own experiences growing up as the child of immigrants in the midwest suburbs. She studied environmental management and sustainable fashion at the O’Neill School of Public and Environmental Affairs at Indiana University. During her time at Indiana University (IU) she interned in the US House of Representatives, the US Environmental Protection Agency, OCA-Asian Pacific American Advocates, and worked as a program teacher for the Indiana University Integrated Program in the Environment Summer Experience. At IU, Meloddy served as the president of the Asian American Association, president of the Civic Leaders Center, representative on a Title IX Working Committee, and volunteered at the Asian Culture Center where she authored the proposal for and developed programming to establish the first Asian Pacific American Thematic Community in the midwest. Drawn to the crossroads in which public affairs and environmental justice issues intersect, Meloddy worked as a risk assessment researcher for the US Department of State Diplomacy Lab, where she analyzed historical impacts of natural hazards in Mexico and presented the aggregated findings to the US Embassy in Mexico City. Originally pursuing a career in environmental policymaking, Meloddy turned to storytelling after realizing the glaring gaps between marginalized communities and access to political processes of change. Despite taking her first film class during her last semester at IU, Meloddy has always been a storyteller. As a student, Meloddy found creative ways to communicate contemporary issues through her personal passion project Asian American Love Letters and in the theater department, writing and producing a play with themes of Asian American identity and intergenerational communication that was selected for At First Sight - A Festival of New Plays. Her fascination for discovering humanity and comedy in absurdity, along with her colorful visual style, form the basis of her storytelling. Meloddy gravitates towards themes of Asian American communities, intergenerational communication, environmental poetry, loneliness, gender politics in athletics, racial inheritance, and grassroots movements of dissent. Meloddy is an assistant for the Asian American Documentary Network (A-Doc) and recently organized four community impact screenings as a distribution assistant for 80 YEARS LATER directed by UCSC Dean of the Division of Arts, Celine Parreñas Shimizu. As a Social Documentation student at UCSC, Meloddy is centering her thesis on the role, response, and Title IX responsibilities of a public high school in the aftermath of student allegations of sexual assault in her hometown of Carmel, Indiana.