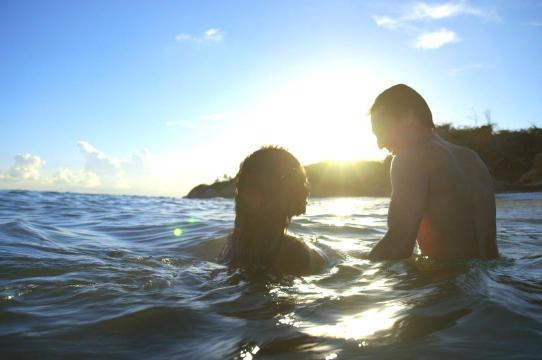 Bios:
Cecilia Aldarondo is a documentary director-producer from the Puerto Rican diaspora who makes films at the intersection of poetics and politics. Her work has been supported by ITVS, HBO, A&E, the Sundance Institute, Cinereach, Firelight Media, Field of Vision, IFP, the Jerome Foundation, and many others. Her debut documentary Memories of a Penitent Heart had its World Premiere at the 2016 Tribeca Film Festival and was broadcast on POV in 2017. She is a 2019 Guggenheim Fellow, a 2017 Women at Sundance Fellow, two-time MacDowell Colony Fellow, and recipient of a 2019 Bogliasco Foundation Residency. In 2019 she was named to DOC NYC's 40 Under 40 list and is one of Filmmaker Magazine’s 25 New Faces of Independent Film for 2015. She teaches at Williams College.

Lale Namerrow Pastor is a woman and transfeminist person. Born in Rió Piedras and raised in Puerto Nuevo to a Dominican mother and absent father, they completed undergraduate studies in Photography and Art History at the University of Puerto and continued academic studies in Film Production and Direction at the New York Film Academy in New York City. Lale currently resides in Puerto Rico, where they are a distinguished musical curator in the subversive queer/cuir scene, archival researcher, and audio visual producer. Among so much, they are Caribbean, activist, videographer, editor, advisor, partner, marica, bucha, troublemaker, and possibly everything that fits between those labels.