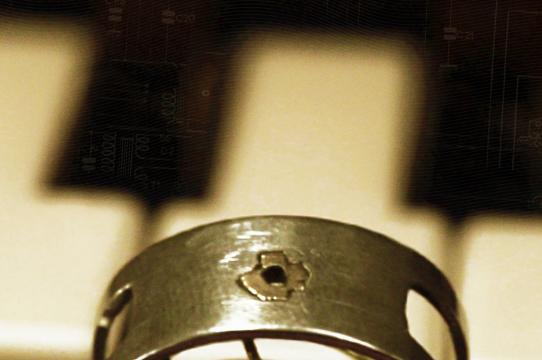 Caroline Martel has been synthesizing documentary theory and practice for over a decade, with a special interest in archives, invisible histories, and audio/visual technologies and heritage. Martel is an award-winning documentary filmmaker, artist and researcher whose work has been presented to critical acclaim internationally in diverse venues such as at the Toronto International Film Festival, theInternational Documentary Film Festival Amsterdam (IDFA), on SRC, NHK, and SVT, at the Museum of Modern Art in New York and at the Centre Georges Pompidou in Paris. Her first feature documentary, The Phantom of the Operator, showed in more than fifty international festivals, and was reviewed by Variety as “... an enormously imaginative documentary ... an hour of nonstop visual and intellectual stimulation.” Martel was one of the featured guests at the 57th Robert Flaherty Seminar. Her first gallery show, the montage installation Industry/Cinema, was presented at the Museum of the Moving Image in New York in 2012.

Integrating vérité, never-before-seen archival material, and an entrancing soundtrack, Wavemakers (2012, 97 min.) explores the origins and workings of the ondes Martenot, an electronic instrument of such extraordinary sensitivity that nearly a century after its invention, musicians, artisans, and scientists are still trying to unravel its secrets. A modern-day story set against a historical background, Wavemakers is a journey into the very heart of the mystery of music.

Free and Open to the Public