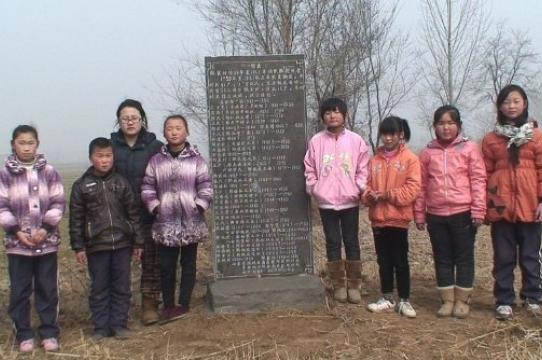 UCSC welcomes Chinese documentary filmmaker Wu Wenguang and three resident artists from his Caochangdi (CCD) Workshop in Beijing who will talk about their collaboration on the Folk Memory Project: Filming the Memory of the Great Famine. Guest speakers include filmmakers Zou Xueping, Zhang Mengqi and Li Xinmin.

Zou Xueping was born in Bingzhou City, Shandong Province, in 1985. In 2009 she graduated from the Department of New Media at the China Fine Arts Academy. She is currently a resident artist at Wu Wenguang's Caochangdi (CCD) Workshop in Beijing. She has completed a documentary series centered on her village, including Mom(2008), The Starving Village (2010), Satiated Village (2011) which won an “Award of Excellence” at Beijing Independent Film Festival 2012, Children's Village (2012) andTrash Village (2013).

Notes from filmmaker Zou Xueping:
"This film is the third installment I have made in my village for the Folk Memory Project on the Three Year Famine (1959-1961).

"At the beginning of 2012, in winter, I returned to my village to continue interviewing elderly villagers. Meanwhile, I began investigating and gathering statistics on those who died during famine. I also started fund-raising to build a memorial for those who died. Many village children, from 10-15 years old, voluntarily joined these activities. They took the DV camera I gave them, visited old folks, interviewed them, and collected statistics and donations. This project gave them their first opportunity to learn about and appreciate the history of their village. Assisted by these "little angels," I no longer felt lonely in the village. I started seeing hope for the future. This film forms an important part of my Zou Village series."
_____________________________________________________

Wu Wenguang, a veteran of independent documentary in China, launched his Folk Memory Project in 2010. Since then, he and a group of young filmmakers in Caochangdi Workshop in Beijing have been traveling to their home villages across China to find traces — through oral history interviews — of the memory of the Great Famine of 1959-1961. Through documentary films, oral history archives, and theatre performances, they have tried to locate and preserve another narrative of this historical period than the one recorded in history books.