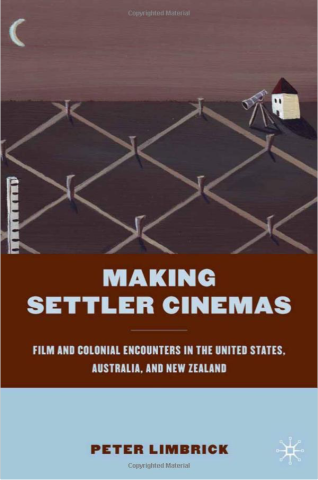 In Making Settler Cinemas, Peter Limbrick argues that the United States, Australia, and New Zealand share histories of colonial encounters that have shaped their cinemas in distinctive ways. Going beyond readings of narrative and representation, this book studies the production, distribution, reception, and reexhibition of cinema across three settler societies under the sway of two empires. Investigating films both canonical and over-looked, Making Settler Cinemas not only shows how cinema has mattered to settler societies but affirms that practices of film history can themselves be instrumental in encountering and reshaping colonial pasts.

Praise for Making Settler Cinemas
“Focusing on the relationships or 'encounters' among British and U.S. imperial designs, postcolonial settler societies, indigenous cultures, and film production and reception in the titular areas from 1929 to 1954, Limbrick examines how ostensibly localized cultural practices exist within eminently geopolitical, networked spaces of exchange and friction. Beautifully researched and lucidly written, this book has the benefit of being both timely and also enduring as an historical analysis of a nexus of crucial, formative encounters, whose influence on politics and culture continue to be felt today.”—Janet Walker, Professor of Film and Media Studies, UC Santa Barbara

“This far-reaching and breathtakingly layered analysis reconstructs complex circuits of film production enabled by settler colonialism, connecting the societies of Australia and New Zealand to the empires of Britain and the United States. After reading Limbrick on the production and screening of The Seekers among the Maori in New Zealand, it will be impossible to look at American Westerns in the same way. This book uncovers for the first time routes taken by film directors, crews and texts across empires, settler colonies and indigenous populations, making it a must-read for those interested in colonial and transnational cinemas, media industry, global indigenous media, reception and ethnographic studies. A model of innovative historiography.”—Priya Jaikumar, author of Cinema at the End of Empire: A Politics of Transition in Britain and India

Read More and Order the Book...