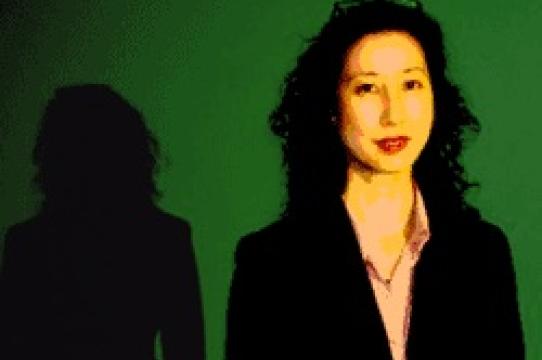 L.S. Kim is an Associate Professor in the Department of Film and Digital Media at the University of California, Santa Cruz. Her research and teaching specialties include: Television history and theory, race and representation, Asian American film and media, feminist criticism, and social change through media culture. She has written about race, class, gender, and genre in publications such as the Routledge Companion to Asian American Media, The Sage Handbook of Television, Flow TV, Journal of Film and Video, and Ms. Magazine. She appears in the film, Wonder Women! The Untold Story of American Superheroines (2012), and in Uploaded: The Asian American Movement (2012), a documentary about Asian American artists utilizing new media and the Internet. She serves on the Ms. Committee of Scholars, and on the American Film Institute Awards Jury.

L.S. Kim's book, Maid for Television: Race, Class, Gender and a Representational Economy (2023) investigates the cultural significance of the racialized female domestic in American television from 1950 to the present. She graduated from Smith College with a major in Government and a minor in Film, and earned her M.A. and Ph.D. degrees in the Department of Film and Television at UCLA.

“Asians Can Dance” for In Media Res, a project of MediaCommons: A Digital Scholarly Network sponsored by The Institute for the Future of the Book (part of the Annenberg Center for Communication at USC) and the MacArthur Foundation (Week of April 28, 2008).

“All in the Family:  Reaganism, Capitalism, and American Television” in Neo-Conservativism and Mass Culture in America (in Korean), edited by Hee-Joon Chung and Hyun-Suk Seo. Seoul, Korea: Chaeksesang, 2007.

“Be The One That You Want:  Asian Americans in Television Culture, Onscreen and Beyond,” Amerasia Journal volume 30, no. 1 (2005).

“‘Serving’ American Orientalism:  Negotiating Identities in The Courtship of Eddie’s Father,” Journal of Film and Video, volume 56, no. 4. (2004).

“The Performance of Multicultural Identity in U.S. Network Television:  Shiny, Happy, POPSTARS (Holding Hands)” with Gilberto Moíses Blasini, Emergences:  Journal for the Study of Media and Composite Cultures, volume 11, no. 2. (2001).

Television History and Theory, Asian Americans in the Media, Music in Film and Television, Genres (specifically, the Action Genre and Reality Television), Feminism and Film/Video/Television.