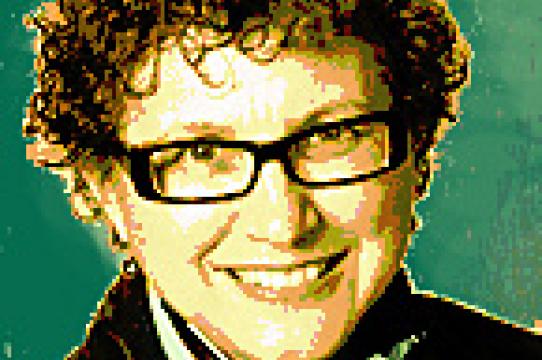 B Ruby Rich has come to academia after a long career in film exhibition, film festival curating, film and cultural journalism, philanthropy, and public funding.  Her prior positions include stints as Associate Director of the Film Center of the School of the Art Institute of Chicago; Director of the Film Program, and later of the Electronic Media and Film Program, at the New York State Council on the Arts; and Adjunct Professor of Film Studies, Rhetoric Department, University of California, Berkeley.  In addition to a National Endowment for the Arts critic's fellowship early in her career, Prof. Rich has received the 2006 Distinguished Career Achievement Award from the Society for Cinema and Media Studies, the 2007 James Grubner Award for outstanding LGBT scholarship from Yale University, and a 2007 Camargo Foundation fellowship and residency.  In 1995-96, she served as Rockefeller Fellow in the Humanities at NYU's Center for Media Culture and History, and in 1992, she was in residence as Distinguished Visitor at The John D. and Catherine T. MacArthur Foundation.

As a critic and journalist, Prof. Rich has written for many years in the popular, alternative, and scholarly press.  Her book, Chick Flicks: Theories and Memories of the Feminist Film Movement, was published by Duke University Press (1998); a new volume on the "New Queer Cinema" is in progress.  She has published in Signs, GLQ, Feminist Studies, Feminist Review, Film Quarterly, Iris, JumpCut, and Cinema Journal, where she was guest editor for a special section on documentary.  Her early articles appeared in The Chicago Reader and Village Voice, as well as the NY Times, Mirabella, Elle, Time Out NY, Heresies, Chrysalis, and numerous other outlets.  During the 2000s, she published work in The Nation, The Guardian (London), SF Bay Guardian, sf360, and continued to publish in Sight and Sound.  In the LGBT press she has written for OUT and The Advocate and served on the founding editorial board of GLQ where she was the initial film review editor.

She is a Contributing Editor for Film Quarterly, is on the editorial advisory board of Camera Obscura and a member of the international editorial board for the Film Classics series, published by British Film Institute and Pangrave/Macmillan; previously, she was on the editorial board of Ccinema Journal and remains, in an inactive role, on the masthead of JumpCut, now eJumpCut.  In Spanish, she has published in La Regla Rota, Debata Feminista, El Amante, and serves on the international advisory board of Secuencias.

Prof. Rich also participates in radio and television as a commentator, while frequently appearing in independent documentaries. She was international film commentator for The World in its early years on NPR and weekly commentator on film for The Arts Today on the CBC (Canadian public radio).  Occasionally, she can be heard on BBC World Service or News Hour, on ABC (Australian public radio), or local services.  In television, she has appeared as on-camera correspondent for KQED/PBS, the Sundance Channel, and the Independent Film Channel.  She won an Emmy for her work in Independent View, a KQED-produced series on independent film that was broadcast nationally and internationally.

Prof. Rich has participated in film festivals as curator, juror, or journalist.  In 2002, she served as International Programmer for the Toronto International Film Festival where she presented the world premiere of Whale Rider.  In the early years of the Sundance Film Festival, she served on the Selection Committee and later on its Advisory Committee.  In 1988, she curated its tribute to Argentine cinema.  She has served as juror for both the Sundance and Toronto festivals, as well as for the Oberhausen, Guadalajara, Sydney, and Havana film festivals.  She has also collaborated on many documentaries.

Documentary interviews (recent): Feelings Are Facts (on Yvonne Rainer), in production For The Love of Movies by Gerald Peary, 2009 It Came From Kuchar by Jennifer Kroot, 2009 Bloodwork (on Ana Mendieta) by Richard Move, 2008 Projecting the Body by Walter McIntosh (Australia), 2008 Fabulous!, Independent Film Channel, 2006 In The Company of Women, Independent Film Channel 2004.

Current research interests are focused on the history of the New Queer Cinema, the status of film festivals as loci of film culture, and an inquiry into shifting modes of documentary in the internet age.  She continues to follow Latin American cinema, in particular the work of Patricio Guzman and Lucrecia Martel.  She has written the DVD notes for Lucrecia Martel's La Cienaga as well as the Criterion rerelease of Rob Epstein's The Times of Harvey Milk.

"Darwin's Man in Africa: Documentarian Huber Sauper fishes for the truth about globalization and its discontents," L.A. Weekly, Febraru 9, 2006
http://www.laweekly.com/2006-02-09/film-tv/darwin-s-man-in-africa

"My Other, My Self: Lynn Hershman and the Reinvention of the Golem," in The Art and Films of Lynn Hershman Leeson, Meredith Tromble, Ed. (Berkeley: University of California Press, 2006), pp. 159-168.

"To Read or Not To Read: Subtitles, Trailers, and Monolingualism," in Subtitles: On Foreignness of Film, ed. Ian Balfour and Atom Egoyan (Cambridge/Toronto: MIT Press/Alphabet City Press, 2004), pp. 154-169.

"Collision, Catastrophe, Celebration: The Relationship between Gay and Lesbian Film Festivals and their Publics," GLQ: A Journal of Lesbian and Gay Studies 5(1), January 1999, pp.79-84.

Education and Training:
Yale College
Biography:
B. Ruby Rich is a Professor of Film and Digital Media, specializing in the Social Documentation graduate program. She is also Editor of Film Quarterly (UC Press), the oldest film journal in the U.S. She is the author of New Queer Cinema: The Director's Cut (Duke, 2013) and Chick Flicks: Theories and Memories of the Feminist Film Movement (Duke, 1998). With a long history in film festivals, she continues to participate in panels and juries at major film festivals including Sundance, Toronto, and Provincetown. In 2014, she conducted the Mavericks conversation onstage at Toronto International Film Festival with Reese Witherspoon. She continues to write widely in both the scholarly and academic press, contribute to international conferences, and provide film commentary for public radio, television, and online.
Project:
Ongoing projects on mid-20th century cinema exhibition practices.