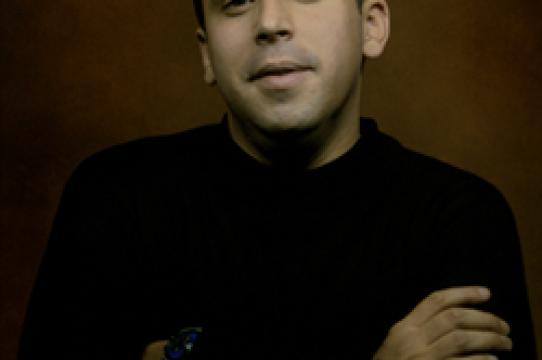 After the Crossfire: Memories of Violence and Displacement - Through testimonial narratives  and archival footage, After the Crossfire revisits the devastation of the town of Juradó after a 1999 attack, retaliation, and occupation. By giving voice to victims who bear witness to the dramatic effects of the terror sowed by armed confrontation, the film questions official historical narratives and evidences the futility of a war. Through first-person narration and the voices of survivors, this documentary aims to preserve the memory of the armed conflict on Colombia’s remote northern Pacific coast.

http://www.ecoantena.com/
Education and Training:
M.A in Cultural Studies, University of the Andes, Bogotá, Colombia
B.A in Music with major in Sound Engineering, minor in Composition and Production, Pontifical Xaverian University, Bogotá, Colombia
Biography:
I am an audiovisual producer and director, currently candidate for the Master of Arts Degree in Social Documentation from the Department of Film and Digital Media at the University of California, Santa Cruz. My prior academic merits include a M.A degree in Cultural Studies from the University of the Andes in Bogotá, Colombia, and a B.A. degree in Music with Major in Sound Engineering and Minor in Composition and Production from the Pontifical Xavierian University. In 2005, I received a scholarship for an exchange student program in Cinema Studies from the School of Communication, Arts and Critical Enquiry at La Trobe University in Melbourne, Australia. From 2009 till 2012, I was appointed as lecturer in Film Music and Twentieth Century Music Appreciation at the Faculty of Arts of the Pontifical Xavierian University in Bogotá. I have several years of experience in the film and television industry. I have worked as music composer and sound designer for film and TV since 2006. I recently produced and directed 13 short documentaries for Colombian Television, commissioned by the Cultural Deputy of the Colombian Bank of the Republic. My first film, a 30 minute documentary entitled “After the Crossfire: Memories of Violence and Displacement”, will be screened at Del Mar theater in Santa Cruz, California, on June 11th, 2014. This documentary, about the emergence of escalation of the armed conflict in Colombia´s remote Northern Pacific Coast, was produced with the support of a Fellowship from the Human Rights Center of the School of Law, University of California, Berkeley. My previous audiovisual works have been shown in important venues such as the Modern Museum of Modern Art of Bogotá MAMBO, the Cultural Centre of the Embassy of France, the District Cinematheque Institute and the Humboldt Cultural Centre in Caracas, Venezuela. My education has been complemented with diplomas and certificates in techniques and technologies for film scoring, orchestration, audiovisual montage and postproduction. I have also participated in seminars and workshops with internationally acclaimed composers such as Mesías Maiguasha, Phillipe Manoury, and Tristan Murail and with such prominent film producers as David Macdougall and Jan Harlan.
Project:
After the Crossfire: Memories of Violence and Displacement (Video)