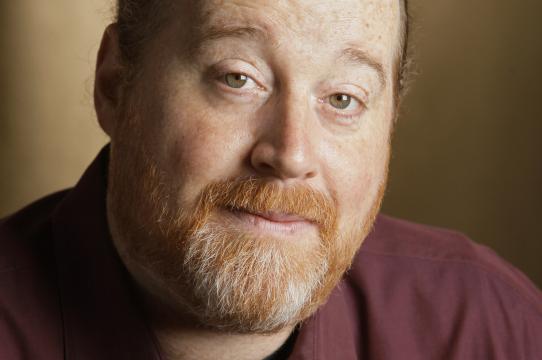 Editor
Biography:
Stephen Mirrione, a 1991 graduate of the F&DM program, won an Academy Award for his work editing TRAFFIC and was nominiated again for BABEL. Mirrione has worked with directors such as Steven Soderberg (OCEAN'S ELEVEN, THE INFORMANT!, CONTAGION), George Clooney (GOOD NIGHT, AND GOOD LUCK, THE IDES OF MARCH, THE MONUMENTS MEN) and Alejandro González Iñárritu (21 GRAMS, BIRDMAN). His most recent projects include THE HUNGER GAMES, and AUGUST: OSAGE COUNTY. Mirrione credits the F&DM program with helping him develop the skills that allowed him to succeed in Hollywood. “It’s a great program,” he says, “ you really get a chance to participate in every aspect of production. And because it’s relatively small and geographically isolated, you learn to work closely with other students.” Mirrione returned to campus in the spring of 2001 to deliver a lecture, “Point of View: The Art of Film Editing.” Image Credit: "Mirrione" by Tftyrft - Own work. Licensed under Creative Commons Attribution-Share Alike 3.0 via Wikimedia Commons - http://commons.wikimedia.org/wiki/File:Mirrione.jpg#mediaviewer/File:Mirrione.jpg