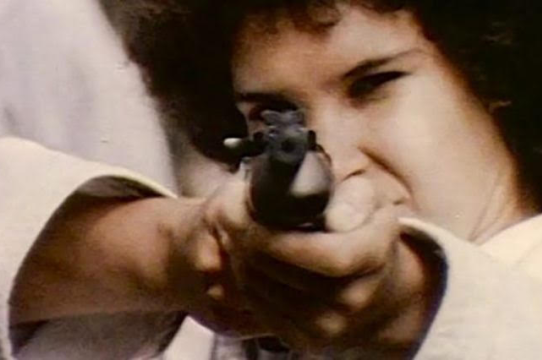 I want to think with you about the politics of violence and the violence of the political – the way that the political becomes a marker not of contestation but of incorporation – it swallows up alternative formulations of speech, resistance, connection and turns everything into money, productivity, profit and branding. From electoral politics to social media, political speech is reduced to bland pronouncements signifying nothing on the one hand or else accusations masquerading as something on the other. My work recently has turned to what some people are calling anarchy in order to think not with the propulsive statements that currently constitute rule, but against the forward motion of the political altogether. In order to dream another world, I will propose, we need to dismantle the conditions that make up this one and go back to find hidden futures in the recent past. Those hidden futures, in my work, can be located in the 1970’s, in the era just on the cusp of the real-estate capitalism that currently dominates us, in a pre-internet, pre-digital, punk era of reckless abandon, revolutionary fervor and utopian speculation. These hidden futures appear within sci fi novels from the 1970’s, in anarchitectual dreams of unbuilding the world and in feminist films about revolutionary violence.

Jack Halberstam is Professor of Gender Studies and English at Columbia University. Halberstam is the author of six books including: Skin Shows: Gothic Horror and the Technology of Monsters (Duke UP, 1995), Female Masculinity (Duke UP, 1998), In A Queer Time and Place (NYU Press, 2005), The Queer Art of Failure (Duke UP, 2011) and Gaga Feminism: Sex, Gender, and the End of Normal (Beacon Press, 2012) and, most recently, a short book titled Trans*: A Quick and Quirky Account of Gender Variance (University of California Press).  Places Journal awarded Halberstam its Arcus/Places Prize in 2018 for innovative public scholarship on the relationship between gender, sexuality and the built environment. Halberstam is currently working on several projects including two books on “wildness”: the first, titled WILD THINGS: THE DISORDER OF DESIRE will be out Fall 2020. The second, which is in progress, is titled THE WILD BEYOND: ART, ARCHITECTURE AND ANARCHY.

Presented by: Arts Division, Film and Digital Media, and History of Art and Visual Culture
For more information, contact: visualmedia@ucsc.edu