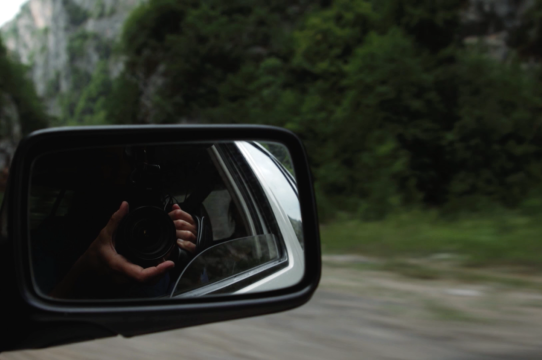 "Cameraperson"
Public Screening with filmmaker and cinematographer Kirsten Johnson
Co-Sponsored by Porter College, Film and Digital Media, and the Center for Documetnary Arts and Research

What does it mean to film another person? How does it affect that person - and what does it do to the one who films? A boxing match in Brooklyn; life in postwar Bosnia and Herzegovina; the daily routine of a Nigerian midwife; an intimate family moment at home; these scenes and other are woven into Cameraperson, a tapestry of footage captured over the twenty-five-year career of documetnary cinematographer Kirsten Johnson. Through a series of episodic juxtapositions, Johnson explores the relationships between image makers and their subjects, the tension between the objectivity and intervention of the camera, and the complex interaction of unfiltered reality and crafted narrative.  A work that combines documentary, autobiography, and ethical inquiry, Cameraperson is both a moving glimpse into one filmmaker's personal journey and a thoughtful examination of what it means to train a camera on the world.

Free and open to the public; open caption by request.

Camerawork is a practice that engages the body, the intellect, aesthetics, the instincts and the heart.  I think of the moving images I create as relationships that get made in a vivid present moment but move forward endlessly into an unknown future. In this dynamic between those who film and those who are filmed, identities, context and power matter, yet are often unknowable and invisible.  I assume that my visual searching is profoundly subjective, in spite of the obervational and investigative work I do.  My actions as I film and the images that emerge are full of blind spots, misapprehensions, and projections.  This workshop opens up the questions of how to enjoy navigating the challenges of this multi-level work with rigor, kindness and aspiration.

Kirsten Johnson's film Cameraperson premiered at Sundance 2016, was short-listed for an Academy Award, won the National Board of Review "Freedom of Expression" prize, and was named of the the 'Top Ten Films of 2016' by the Washington Post and The New York Times.