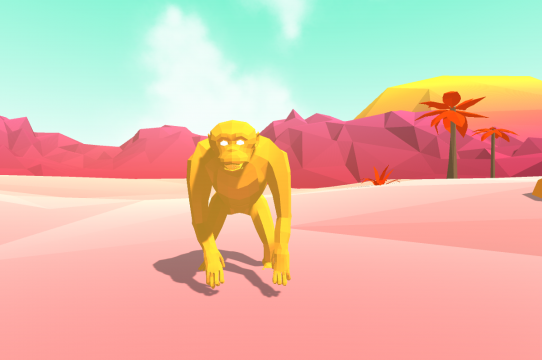 Molleindustria [soft industry/soft factory] is a project of reappropriation of video games. In the last 15 years the project has spawned satirical business simulations (McDonald's Video game, Oiligarchy), meditations on labor and alienation (Every day the same dream, Unmanned), playable theories (To Build a Better Mousetrap, A Short History of the Gaze), alternative SimCities (Nova Alea), and many other experimental games. This talk will examine the pitiful state of satire under Trump and attempt to envision opportunities for playful resistance, gaming utopias, and new spaces for independent games.

Paolo Pedercini is a game developer, curator and educator. He teaches digital media production and experimental game design at the School of Art at Carnegie Mellon University. Since 2003 he works under the project name “Molleindustria” producing provocative games addressing issues of social and environmental justice, religion, and labor and sexuality.

Paolo is the director of LIKELIKE, a neo-arcade devoted to independent games and playful art in Pittsburgh, Pennsylvania. Although his work exists primarily online, it has been exhibited internationally at festivals, galleries and museums including the Sundance Festival, the EMP Museum, Victoria & Albert Museum, Hammer Museum, Games for Change, Gwangju Design Biennale, Indiecade, FILE Brazil, LABoral, and ZKM.