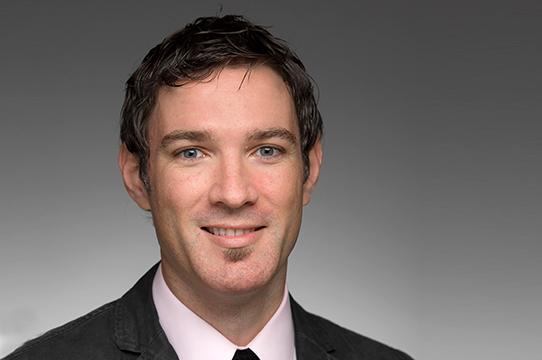 Title: "Through a Drone, Darkly: Visions of Dystopic War Pay"

Matthew Payne is an Assistant Professor in the Department of Film, Television & Theater at University of Notre Dame specializing in the critical analysis of emerging media and the cultural history of video games. He is author of Playing War: Military Video Games after 9/11 (NYU Press, 2016), and is a co-editor of the anthologies Flow TV: Television in the Age of Media Convergence (Routledge, 2011) and Joystick Soldiers: The Politics of Play in Military Video Games (Routledge, 2010). Matthew has taught a range of media studies and film/video production courses at the university level, and he has conducted industry research for Warner Brothers. He is currently working on a book project that historicizes the influence of Ultima, an early computer role-playing game. Matthew also serves as a regional director for the Learning Games Initiative, a multi-institute research collective dedicated to archiving games and gaming ephemera, and to distributing these materials to educators for classroom instruction.

*    *     *     *     *
Each presentation in the series is part of the series of free, public lectures in the 2017 Arts Dean’s Lecture Series entitled “Video Games as Visual Culture” (part of the course Video Games as Visual Culture FILM 80V taught by Assistant Professor Soraya Murray). Arts Dean Susan Solt has selected the speakers, all noted for their innovative perspectives on one of the most inﬂuential forms of visual culture of our time.

The public is cordially invited.
Admission is free.
Parking by permit.

Sponsored by the UC Santa Cruz Arts Division, Arts Dean’s Excellence Fund, Departments of History of Art and Visual Culture (HAVC) and Art, US Bank, and the Patricia & Rowland Rebele Chair in HAVC.