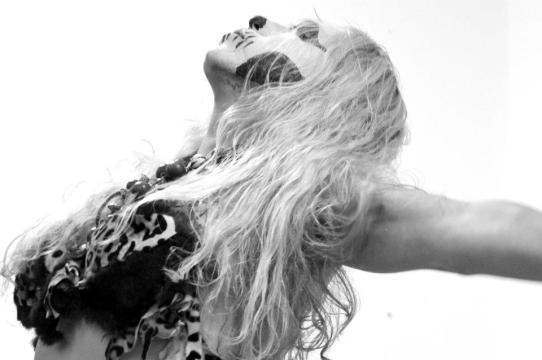 Bamby
Bamby Salcedo is a Los Angeles-based trans latina who works diligently with and for trans communities in and out of the United States. The founder and President of The Trans-Latin@ Coalition, Bamby is an amazing speaker, and utilizes her skills and charms in order to create fund-raising programs for trans peoples, and to further advocacy for positive change for trans peoples everywhere. Bamby Salcedo is an awe-inspiring, brave activist who devotes herself to empowering trans latinas, trans women, and trans peoples everywhere.

Dante
An LA based filmmaker and activist, Dante Alencastre was born in Peru, but soon moved to the United States; he earned a BA from Columbia University and began his career as a director in 1983. Since then, Dante has made several films dedicated to the social climates (political, personal, and both) that LGBTQ+ folks face. He directed TransVisible: Bamby Salcedo Story in 2013, and continues to work with and for LGBTQ+ communities; Dante is currently invested in the queer and trans climates in Peru, which can be further seen in his film, The Fire Inside (2011).

For more information or disability accommodations, contact Cantú Queer Center at queer@ucsc.edu  or 831-459-2468.