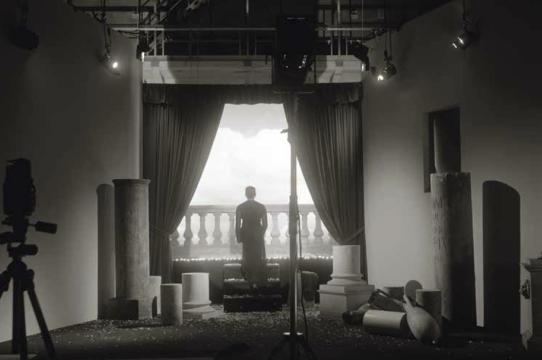 Carrie Mae Weems will discuss her work and ideas, drawing on three decades of artistic activity. The recipient of a 2013 MacArthur Foundation "genius" grant, Weems has exhibited nationally and internationally over the course of her career.  Her work employs a variety of means, including photography - often shown along with writen texts - audio recordings, installations, and video  Weems addresses an array of issues and demonstrates an overarching committment to understanding the present by closely examining history.  While African Americans are typically her primary subjects, Weems wants "people of color to stand for the human multitudes" and for her art to resonate with audiences of all races.  Carrie Mae Weems: Three Decades of Photography and Video, is on view at Stanford University's Cantor Arts Center from October 16, 2013, through January 5, 2014.

This event is free and open to the public.

Photo credit: Carrie Mae Weems, Roaming-When and Where I enter, 2006