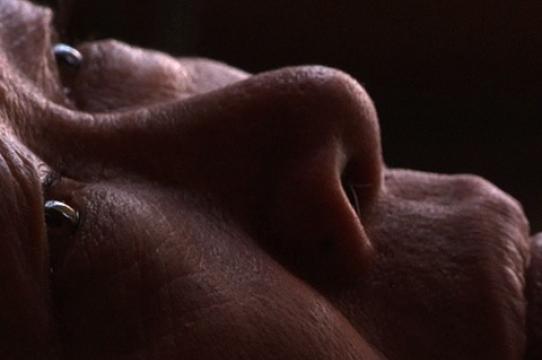 "Your Day is My Night"
Screening and Discussion with Lynne Sachs

Immigrant residents of a "shift-bed" apartment in the heart of New York City's Chinatown share their stories of personal and political upheaval.  As the bed transforms into a stage, the film reveals the collective history of the Chinese in the United States through conversations, autobiographical monologues, and theatrical movement pieces.  Shot in the kitchens, bedrooms, wedding halls, cafés, and mahjong parlors of Chinatown, this provocative hyprid documentary addresses issues of privacy, intimacy, and urban life (64 minutes, in Mandarin, Spanish, and English with English subtitles).

Lynn Sachs makes films, videos, installations and web projects that explore the intricate relationship between personal observations and broader historical experiences by weaving together poetry, collage, painting, politics, and layered sound design.  Since 1994, her five essay films have taken her to Vietnam, Bosnia, Israel and Germany - sites affected by international war - where she tries to work in the space between a community's collective memory and her own subjective perceptions.  Strongly committed to a dialogue between cinematic theory and practice, Lynne searches for a rigorus play between image and sound, pushing the visual and aural texture in her work with each and every new project.  Supported by fellowships from the Rockefeller and Jerome Foundations and the New York State Council on the Arts, Lynne's films have screened at the Museum of Modern Art, the New York Film Festival, the Sundance Film Festival and recently in a five film survey at the Buenos Aires Film Festival.  Lynne teaches experimental film and video at New York University and lives in Brooklyn.