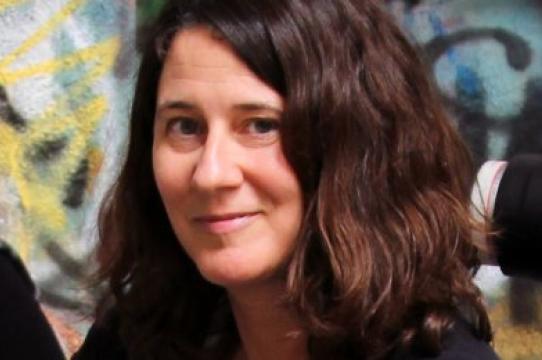 For the Love of Rutland, a new documentary by UCSC associate professor of film and digital media Jennifer Maytorena Taylor, is an exploration of the multiple problems now faced by rural America—most notably the opioid epidemic, income inequality, racism, and xenophobia.

Shot over three years in the small blue-collar town of Rutland, Vermont, the 91-minute feature recently had its virtual month-long premiere at the Hot Docs Film Festival in Toronto.

The film portrays Rutland as a microcosm of today’s divided America. It follows the story of Stacie Griffin, a women in recovery trying to raise her kids and stay off heroin, as the town deals with the spiraling effects of the opioid epidemic.

The town’s troubles are compounded when Rutland’s mayor takes the controversial step of accepting 100 Syrian refugees as part of an an attempt to bring new life to an economically struggling and predominantly white community. It tears apart the city of 15,000, unleashing extreme partisan anger, bitterness and resentment.

But despite being marginalized for her addiction and poverty, Stacie eventually resists the white rage that surrounds her and emerges as an unexpected town leader, identifying with the new refugees through the intense daily struggles that she shares with them. 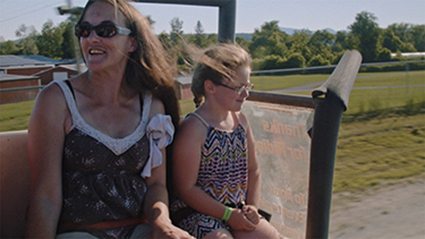 “By offering viewers an open-ended story with flawed, human protagonists and with a very intimate and stripped down verité style, I hope the film will spark dialogue and engagement about the human lives behind the headlines about the opioid epidemic, the refugee crisis, and rural America,” said Taylor.

“As the film explores how the town of Rutland is reckoning with change and its persistent yet often unspoken class divisions, I especially want to challenge narratives and assumptions—from both conservative and liberal points of view—about how income inequality factors into our current political and ideological polarization.”

“Over the course of the film, Stacie moves from some resistance against refugee resettlement to full support of welcoming newcomers into her community, and seeing their fates as intertwined with her own,” she added. “If Stacie can see herself in people who are apparently so different from her—while also struggling with the gravest of personal and economic disadvantages—what excuse does anyone else have?”

As director of graduate studies in UCSC’s Social Documentation M.F.A. Program, Taylor was able to use her film as an example in teaching the storytelling and logistical aspects of creating a documentary film. 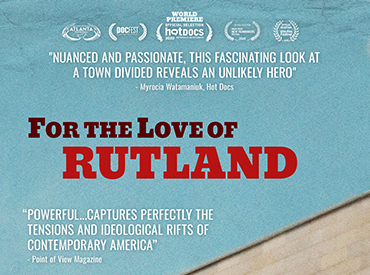 “I always share examples of my work and work processes with students in both graduate and undergraduate classes,” said Taylor. “For example, this spring, as we moved to remote classes, I was able to get several members of the For the Love of Rutland team to do master classes via Zoom—including the editor, the sound designer, and the composer of the film’s original score.”

“Our students are so curious and engaged, and ask so many good questions, that working with them creates a really great sort of feedback loop between teaching filmmaking and making films myself,” she added. “It keeps me on my toes.”

Taylor recently presented at an online workshop on film music for the Sundance Institute. She is also teaching a virtual course this summer for Sundance on documentary film storytelling.

“Over the years I’ve served on the documentary jury at the Festival, have participated in several Sundance Labs with different film projects, and very fortunately have received funding, fellowships, and lots of meaningful support from the Sundance Documentary Film Institute for my work—including this latest film,” Taylor noted.

“Members of the Institute staff are also very generous with their time and often do guest appearances in my classes at UCSC to talk about film funding and professional development.”

Taylor also has a number of new exciting projects in the works.

“I’m working with Latino Public Broadcasting over the summer to help create a new series about the lives of essential workers, featuring short films made by emerging filmmakers like our own film and digital media alums,” said Taylor.

“I’ve also got two new documentary projects underway,” she added. “One is about the science and ideology of music and sound, and the other is an update to a piece my frequent collaborator Mustafa Davis and I made a few years ago for The Talk, a PBS special about how families of color deal with police violence.