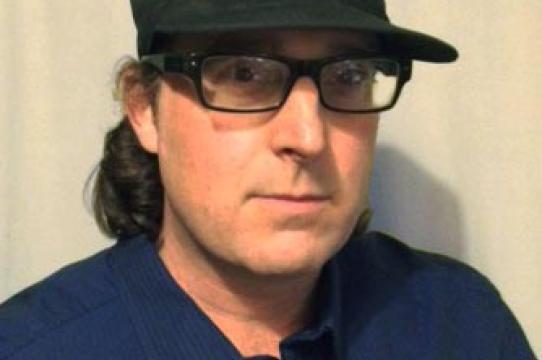 Graduate Student, SocDoc Program - Class of '16
Biography:
Israel David Dawson is a documentarian, agroecologist, activist and educator. He has earned dual B.A.s in Film & Digital Media and Philosophy from UCSC, and in 2011, he acquired a certificate in Ecological Horticulture from the Center for Agroecology and Sustainable Food Systems at UCSC, where he learned the important connections between access to healthy food, and the unalienable rights to life, liberty, and the pursuit of happiness. Israel grew up in an unstable household and experienced homelessness first hand during his childhood and adolescence. Because of this, he is in a unique position to use his common experience to communicate with honesty and empathy in representing the struggles, thoughts, hopes and dreams of the homeless community. Using footage collected in 2005 for an earlier filmic exploration of the homeless perspectives on Santa Cruz, Israel plans to revisit the community now, ten years later, and create a more dynamic Social Documentary that illustrates the impact “The Great Recession” of 2008 had on the demographics and experiences of the homeless community in Santa Cruz. With his documentary, he plans to explore the lives and thoughts of the people living a “houseless” existence in Santa Cruz to better understand the underlying causes for their displacement. An equally important intention in making this film is to explore the homeless support network available in Santa Cruz and investigate which resources are truly helping the community, and what changes might be needed to make assistance more accessible and reliable. The ultimate goal of this project is to use the stories and perspectives collected during the making of the film to develop an interactive website in which visitors can post their own stories and perspectives and gain clear and accessible direction on how to navigate the social welfare system.