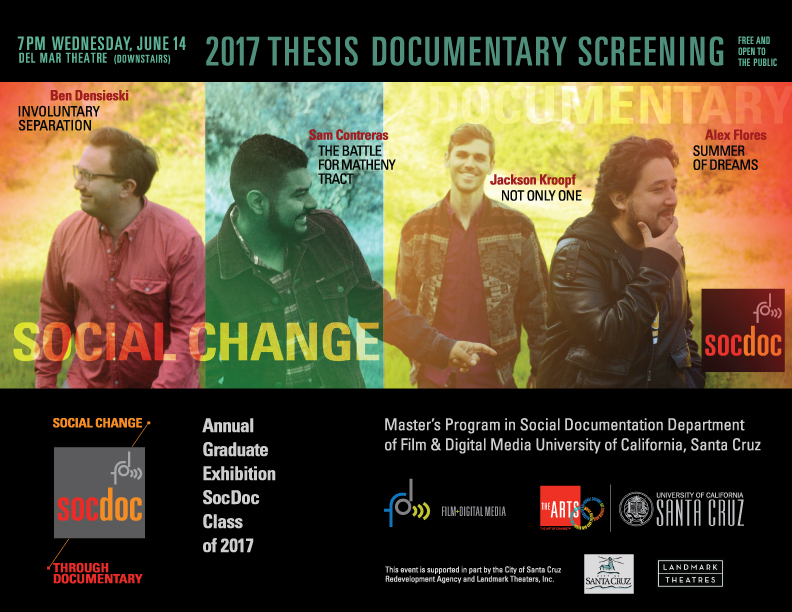 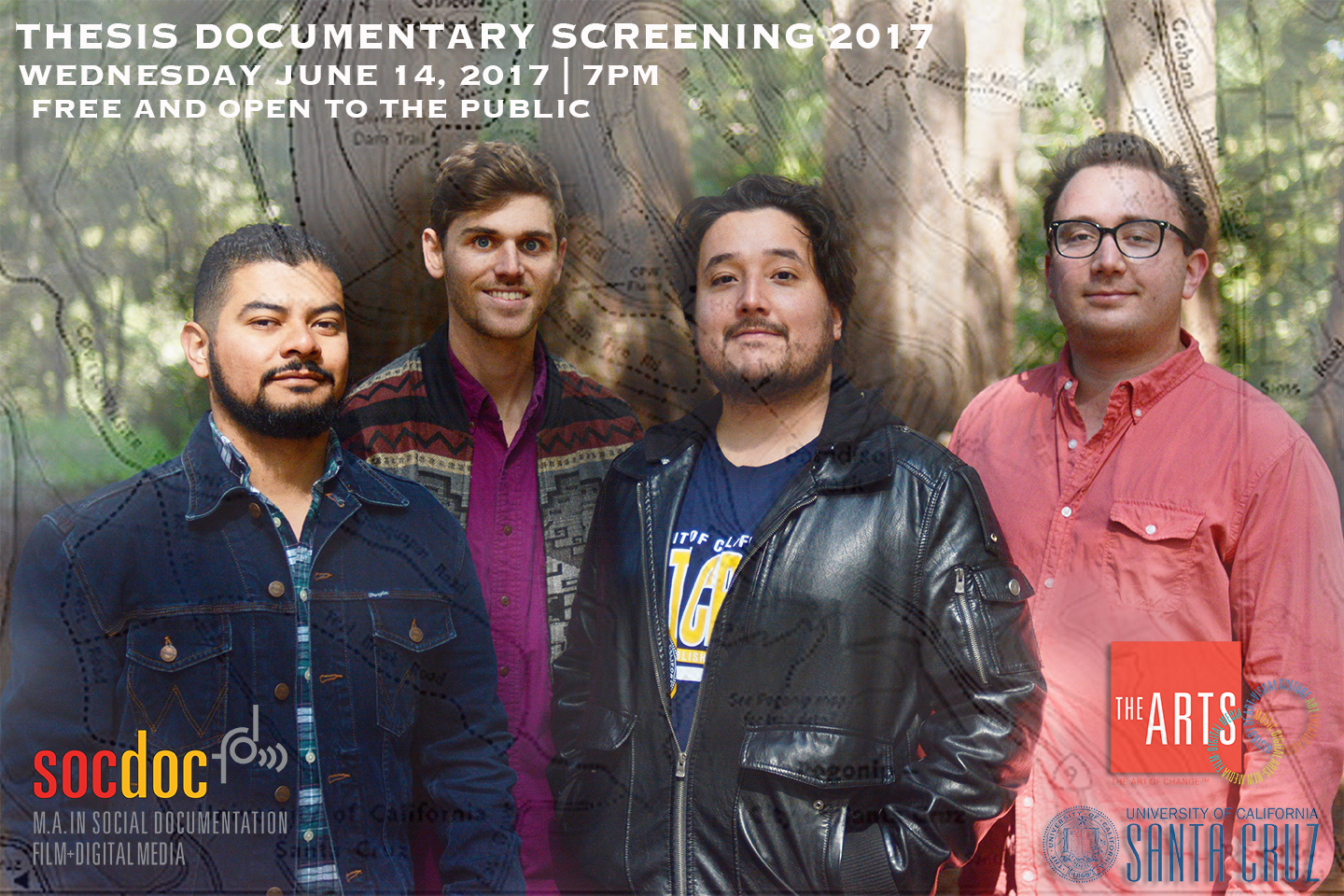 Every year, viewers from the Santa Cruz community flock to the Del Mar to see the fabulous documentaries made by the SocDoc graduating class.

Don't be left out. Come early for the 7pm screening and see the stories of endangered communities and transcendent individuals from this year's master thesis projects in the Film and Digital Media Department's Social Documentation Program.

The California San Joaquin Valley is a land of contradictions, generating millions of dollars in agriculture revenue while many residents live in third world conditions. Unincorporated communities like Matheny Tract lack even basic necessities, its residents fighting even to have clean drinking water. A Fair Tap documents the journey of one community, Matheny Tract, where residents organized to fight for their right to clean water.

For over a century the name Kodak was synonymous with photography. Rochester, New York thrived during its prime, and a municipal history of structural racism was swept under the rug. Through interviews and archival materials, three former employees track the rise and fall of Kodak from its heyday to the Civil Rights movement to the birth of the digital age. Kodak chemist Susan with patents in her name, blue-collar worker Ray with over thirty years to his credit, and lab specialist Richmond, an early beneficiary of equal-employment rights, recall histories of privilege as they cope with life after Kodak.

Two undocumented students travel to Cuernavaca, Mexico , to study for the summer, a trip made possible by their Deferred Action for Childhood Arrivals (DACA) status and Advance Parole. This transformative journey to reconnect with their families and cultures comes with a high risk: their return to the U.S. is not guaranteed. As America’s political climate intensifies, the students on their travels and question what it means to be undocumented in the U.S. today.

Dir. Jackson Kroopf | Not Only One

An intimate portrait of precarity, this documentary is focused on three young people from East Oakland. Nicole, a custodian living in a chaotic home environment, returns to the classroom to pursue her GED.  Ken, a young father, decides to transform his home into a cleaner place to raise his son. Alearria confronts her negative self-image, which she traces to her youth in foster care, by designing a costume to represent her boldness. Nicole, Ken, and Alearria share their struggles through a process of reflection, while visibly fighting for opportunities to thrive.